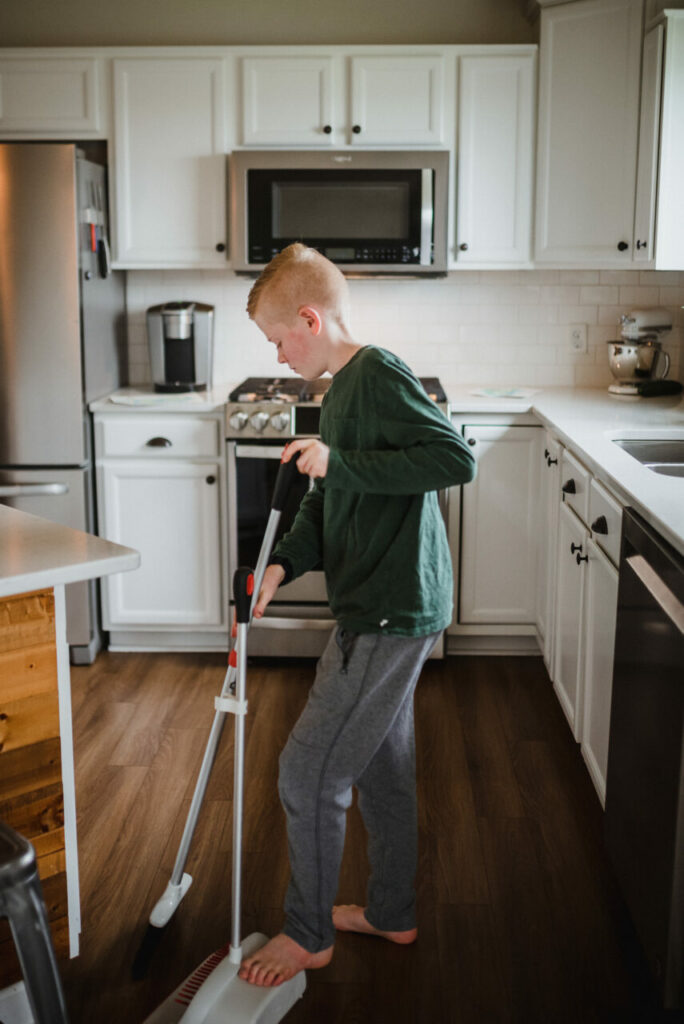 The mother who takes pains to endow her children with good habits secures for herself smooth and easy days; while she who lets their habits take care of themselves has a weary life of endless friction with the children.

Charlotte Mason emphasized the importance of training children in good habits, beginning during the early years. She emphasized beginning with the habits of Attention, Obedience, Truthfulness, and Observation.

“The mother who takes pains to endow her children with good habits secures for herself smooth and easy days; while she who lets their habits take care of themselves has a weary life of endless friction with the children. All day she is crying out, ‘Do this!’ and they do it not; ‘Do that!’ and they do the other” (Vol. 1, p. 136).

Focus on training your child to respond to you with the habit of obedience. Do not foster or praise delayed or partial obedience, rather guide them towards quick and complete obedience.

“What is the object of family discipline, of that obedience which has been described as ‘the whole duty of a child’? Is it not to ease the way of the child, while will is weak and conscience immature, by getting it on the habits of the good life where it is as easy to go right as for a locomotive to run on its lines?” (Vol. 2, p. 166).

“First, we put the habit of Attention, because the highest intellectual gifts depend for their value upon the measure in which their owner has cultivated the habit of attention” (Vol. 1, p. 137).

“Attention is the power and habit of concentrating every faculty on the thing in hand. Now this habit of attention, parents, mothers especially, are taught to encourage and cultivate in their children from early infancy. What you regard with full attention, if only for a minute, you know, and remember always” (Vol. 1, pp. 86, 87).

“The child who appears to be perfectly truthful is so because he has been carefully trained to truthfulness, however indirectly and unconsciously. It is more important to cultivate the habit of truth than to deal with the accident of lying” (Vol. 2, p. 213).

“And she is training her children in truthful habits, by making them careful to see the fact and to state it exactly, without omission or exaggeration. The child who describes, ‘A tall tree, going up into a point, with rather roundish leaves; not a pleasant tree for shade, because the branches all go up,’ deserves to learn the name of the tree, and anything her mother has to tell her about it. But the little bungler, who fails to make it clear whether he is describing an elm or a beech, should get no encouragement; not a foot should his mother move to see his tree, no coaxing should draw her into talk about it, until, in despair, he goes off, and comes back with some more certain note—rough or smooth bark, rough or smooth leaves,— then the mother considers, pronounces, and, full of glee, he carries her off to see for herself” (Vol. 1, p. 47).

Focus on training your child in the habit of observation. Give him many opportunities to observe bugs, birds, people, trees, animals, etc. in action. Take him on observation walks. Sit in nature with your child and observe what is around you.

“Children should be encouraged to watch, patiently and quietly, until they learn something of the habits and history of bee, ant, wasp, spider, hairy caterpillar, dragon-fly, and whatever of larger growth comes in their way” (Vol 1, p. 57)

Habits need to be formed in a variety of areas including personal hygiene, household chores, and character development. There are so many habits for our children to learn! Where do we start?

Charlotte Mason gives over 75 suggestions of habits in Habits: The Mother’s Secret to Success.