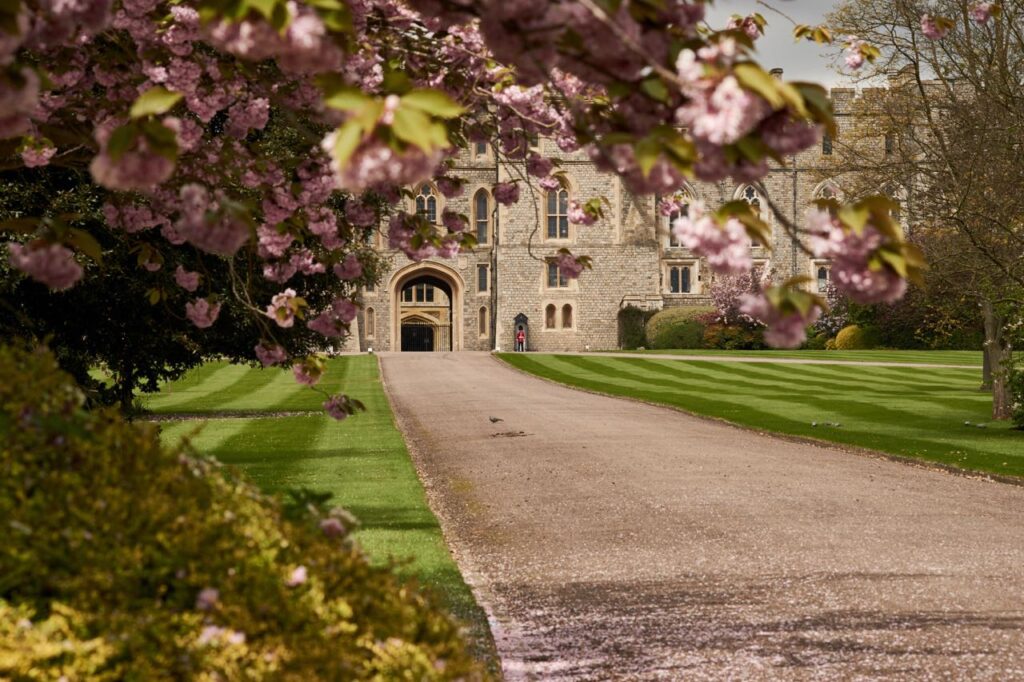 This living book list includes recommendations for elementary through high school students. Use parent discretion. Some books contain sensitive content and are not appropriate for all ages. Some books are vintage with original language, including terms that are not respectful or appropriate today. Reading vintage living books aloud with your student creates an opportunity to engage in important dialogue about historical misconceptions/wrongs and the importance of word choice to show respect to all people. Four Square condemns any words used to describe people or people groups that undermine their value as created in the image of God.

A Castle with Many Rooms, by Lorene Lambert
A History of the English-Speaking People’s: The Birth of Britain, by Winston Churchill
Beowulf – Author Unknown
Brittania: 100 Great Stories from British History, by Geraldine McCraughrean
Great Tales from English History, by Robert Lacey
King Arthur and His Knights of the Round Table, by Roger Lancelyn Green
Our Empire Story, by H.E. Marshall
Our Island Story: A History of Britain for Boys and Girls, by H.E. Marshall
Our Island Saints, by Amy Steedman
Picture History of Britain (UK Version), by Clarke Hutton
Son of Charlemagne (Living History Library), by Barbara Willard
St. George and the Dragon,by Michael Lotti
Stories of our European Forefathers, by Henry Smith Chapman
The Story of Britain, by Patrick Dillon
The Story of Europe from the Fall of the Roman Empire to the Reformation, by H.E. Marshall

Adam of the Road, by Elizabeth Janet Gray
A Knight’s City, by Philip Steele
Chanticleer and the Fox, by Geoffrey Chaucer
Famous Men of the Renaissance and Reformation, by Rob Shearer
Giotto and Medieval Art: The Lives and Works of the Medieval Artists, by Lucia Corrain
If All the Swords in England: A Story of Thomas Becket, by Barbara Willard
Ivanhoe, by Walter Scott
Of Knights and Fair Maidens, by Jeff and Danielle Meyers
On a Medieval Day: Story Voyages Around the World, by Rona Arato
Knights, by Rachel Firth
Men of Iron, by Howard Pyle
Monks and Mystics: Chronicles of the Medieval Church, by Mindy and Brandon Withrow
St. George for England, by G. A. Henty
The Adventures of Robin Hood, by Roger Lacelyn Green
The Adventures of Robin Hood: An English Legend, by Paul Creswick
The Boy Knight: A Tale of the Crusades, by G. A. Henty
The Canterbury Tales, by Geoffrey Chaucer
The Hawk of the Castle: A Story of Medieval Falconry, by Danna Smith
The Story of Medieval England: From King Arthur to the Tudor Conquest, by Jennifer Paxton
The Story of the Middle Ages, by Christine Miller
The Story of the Renaissance and Reformation, by Christine Miller
The Story of the Grail and the Passing of Arthur, by Howard Pyle
Time Capsule’s Medieval England, by Michelle Caskey

Elizabeth I: Red Rose of the House of Tudor, by Kathryn Lasky
Fifty Famous Stories Retold, by James Baldwin
Kings and Things, by H.E. Marshall
My Story: Armada, by Jim Elderidge
The Bloody Tower, by Valerie Wilding
The Queen’s Pirate, by Harry Kelsey
The Queen’s Smuggler, by Dave and Neta Jackson
Unknown to History: A Story of the Captivity of Mary of Scotland, by Charlotte Mary Yonge

A Lion to Guard Us, by Clyde Robert Bulla
Columbus, by Ingri and Edgar Parin D’Aulaire
First Voyage to America: From the Log of the “Santa Maria”, by Christopher Columbus
Freedom Seeker, by Gwenyth Swain
The World of Columbus and Sons, by Genevieve Foster
Who Was Christopher Columbus?, by Bonnie Bader

Can’t You Make Them Behave, King George?, by Jean Fritz
Good Queen Bess: The Story of Elizabeth I of England, by Diane Stanley
In the Days of Queen Elizabeth, by Eva March Tappan
Life of Her Most Gracious Majesty Queen Victoria, by Sarah Tytler
Kings and Queens of England and Scotland, by Plantagenet Somerset Fry
Mary, Queen of Scots: Queen Without a Country, by Kathryn Lasky
Queen Elizabeth, by Jacob Abbott
Queen Elizabeth and the Spanish Armada, by Frances Winwar

A Child’s Garden of Verses, by Robert Louis Stevenson
A Child’s History of England, by Charles Dickens
A Christmas Carol, by Charles Dickens
Alice’s Adventures in Wonderland and Through the Looking Glass, by Lewis Caroll
A Tale of Two Cities, by Charles Dickens
At the Back of the North Wind, by George MacDonald
Black Beauty, by Anna Sewell
Elementary Geography, by Charlotte Mason
Emma, by Jane Austen 1815
English Fairy Tales, by Joseph Jacobs
Franklin and Winston: A Christmas that Changed the World, by Douglas Wood
Great Expectations, by Charles Dickens
Jane Eyre, by Charlotte Bronte
Kidnapped by River Rats, by Dave and Neta Jackson
Madam How and Lady Why, by Charles Kingsley
Margaret Thatcher: A Portrait of the Iron Lady, by John Blundell
Michael Faraday: Father of Electronics, by Charles S. Ludwig
Michael Faraday: From Errand Boy to Master Physicist, by Harry Sootin
My Story: Mill Girl, by Sue Reid
My Story: The Hunger, by Carol Drinkwater
Never Give In: The Extraordinary Character of Winston Churchill, by Stephen Mansfield
Nory Ryan’s Song, by Patricia Reilly Giff
Oliver Twist, by Charles Dickens
Pride and Prejudice, by Jane Austen
Sherlock Holmes, by Arthur Conan Doyle
The Gate in the Wall, by Ellen Howard
The Importance of Being Earnest, by Oscar Wilde
The Princess and the Goblin, by George MacDonald
The Story of Winston Churchill, by Alida Malkus
The Water-Babies, by Charles Kingsley
The Wind in the Willows, by Kenneth Grahame
Three Men in a Boat, by Jerome Klapka Jerome

A Bear Called Paddington, by Michael Bond
A Book of Golden Deeds, by Charlotte Mary Yonge
A Little Princess, by Frances Hodgson Burnett
Animal Farm, by George Orwell
A Severe Mercy, by Sheldon Vanauken
Battle of Britain: Harry Woods, England, by Chris Priestly
Dubliners, by James Joyce
Elizabeth the Queen: The Life of a Modern Monarch, by Sally Bedell Smith
English Literature for Boys and Girls, by H.E. Marshall
Five Children and It, by Edith Nesbit
Goodbye, Mr. Chips, by James Hilton
Little Lord Fauntleroy, by Frances Hodgkin Burnett
Lord of the Flies, by William Golding
Matilda, by Roald Dahl
My Story: Suffragette, by Carol Drinkwater
One Hundred and One Dalmatians, by Dodie Smith
Peter Pan, by J.M. Barrie
Pygmalion, by George Bernard Shaw
Stories of the Nations Volume 2: From Count Bismarck to Queen Elizabeth II, by Lorene Lambert
Swallows and Amazons, by Arthur Ransome
Survivors: The Night the Titanic Sank, by Caryn Jenner
The Battle of Britain, by Richard Bickers
The BFG, by Roald Dahl
The Borrowers, by Mary Norton
The Hobbit, by JRR Tolkien
The House at Pooh Corner, by A.A. Milne
The Narnia Series, by C.S. Lewis
The Secret Garden, by Frances Hodgkin Burnett
The Secret Sharer and Other Stories, by Joseph Conrad
When We Were Very Young, by A.A. Milne